Calculating the Total Cost of Ownership

We’ve all been there – we always want to reduce our costs, but spending less isn’t always the best way forward. Our Finance Director, Peter Dowling, talks about Total Cost of Ownership (TCO) and how to make sure you find the best value.

Calculating the Total Cost of Ownership 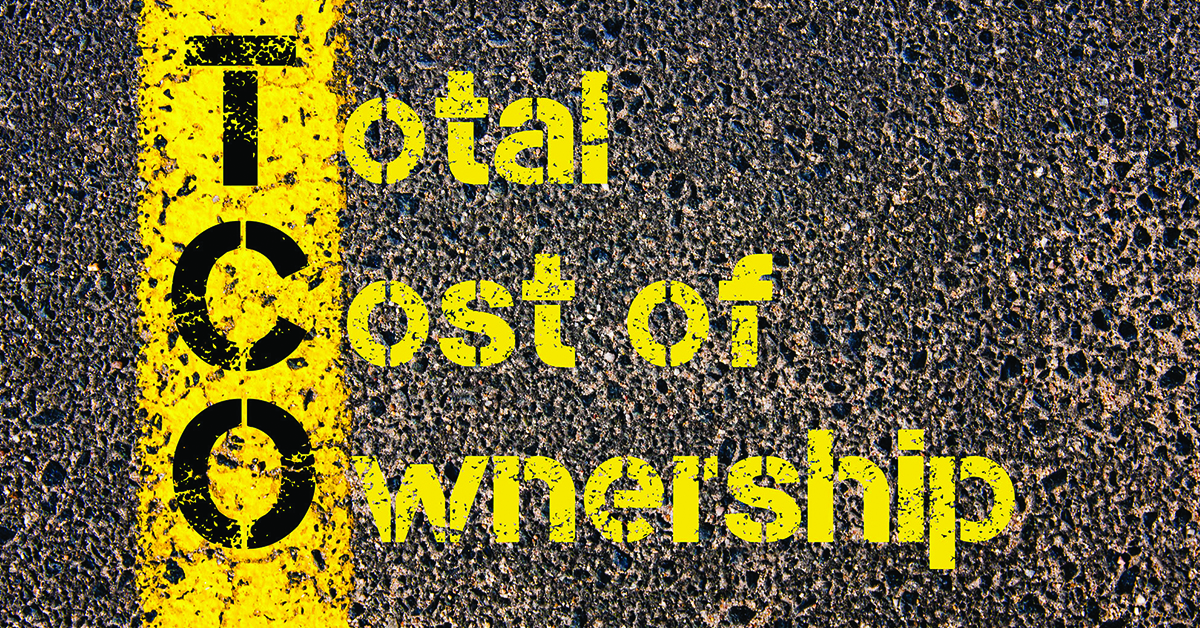 Calculating the Total Cost of Ownership, by Peter Dowling

We’ve all been there – we always want to spend less. But spending less isn’t always the best value. Enter, the Total Cost of Ownership (TCO).

What is the total cost of ownership?

The total cost of ownership can be applied to anything, but I find relating it to cars makes it easier to digest.

You’ve haggled the dealer down to a great monthly PCP price on your new car after weeks of playing hard to get, walking away to think about it, and faced much sucking of teeth from the dealer’s sales rep. They’ve told you that they are not supposed to sell cars this cheap but that they’ll do you a deal – you can have it for this ludicrously low price but they won’t include that three-year servicing deal they would normally provide with a new car.

You may – quite rightly – feel a certain sense of achievement for beating the system and scoring the deal of the century. That is, right until the point when you take the car for its first service and realise that all that money you saved in hours of negotiation is going right back to the dealer after a couple of services. That’s because the dealer saw you coming. They’ve let you have a deal on the upfront cost, but because you’re on a PCP finance deal you have to have the car serviced with them and therefore, they can charge you an inflated servicing fee to make back the money they gave you off the car.

The measured (albeit slightly less fun) approach is to work out the Total Cost of Ownership (TCO) before buying anything. The formula below can be applied to pretty much anything to work out exactly how much something is going to cost you or your business over a set time.

Using the TCO calculation – a would-be car purchaser can see that paying a little extra and getting the ‘free’ servicing is a better deal than the lower upfront cost.

How does this relate to the print industry?

Admittedly, purchasing print infrastructure might not be quite as exhilarating for most people as buying a new car but, the same principals apply. Take a look at the formula below again:

This is where things get interesting in the print industry and there are two main schools of thought.

Company A makes the printer or photocopier as cheap as possible for the consumer at the point of sale. In some instances, they even discount the cost of devices beyond what it costs to make them (making a loss in the process – hence the name). All so that they are the “cheapest” on the market. Great news – a bargain for the consumer at last, right?

Wrong – now that the customers are committed to their devices Company A can raise the total cost of ownership by increasing the ongoing costs – i.e. they will charge you more for consumables such as toner. Sometimes the cost of consumables on these devices is so high that end-users simply buy a new product rather than a replacement toner or ink cartridge because it is cheaper – not a sustainable environmental model!

Company B engineers their machines for the long haul. They use high-quality components to minimise the amount of maintenance needed on their devices. They dispatch engineers proactively to replace worn parts before these cause devices to breakdown. Above all, they are also able to offer their consumables at a fair price to the consumer.

But why do they do this? Companies following the 2nd model often include the servicing and maintenance of a print infrastructure as part of their contracts, which means it is very much in these companies’ interest to build high-quality machines which minimise user intervention and maximise uptime for businesses.

Toshiba subscribes to the second model. Our devices are designed with reliability and sustainability at their core, resulting in a low Total Cost of Ownership. So, the next time you are buying a printer, the cheapest one may not be the best value.