Case Study: The National Museum of the Royal Navy

The National Museum of the Royal Navy benefit from reduced costs and see an increase in reliability by consolidating their print fleet with the help Toshiba.

Case Study: The National Museum of the Royal Navy 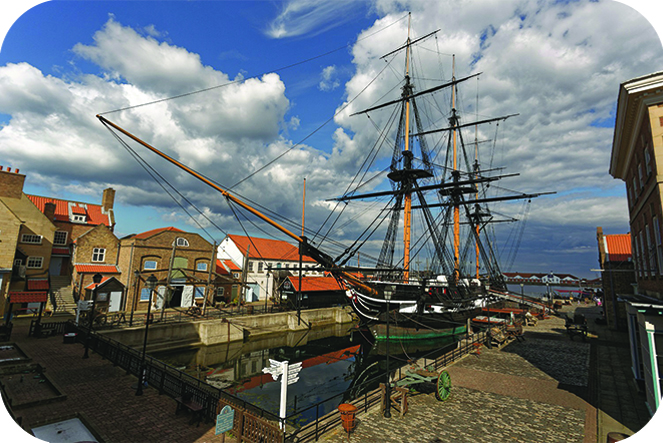 The National Museum of the Royal Navy has eleven heritage attractions across the UK that reflect the Royal Navy’s wide range of operations on the sea, under the sea, on land and in the air. With such a large number of sites, the museum decided that it would be beneficial to consolidate its printer fleet to reduce costs and increase reliability. To achieve this, the National Museum went out to tender for its printing requirements, and Toshiba Tec was the clear winner in the tender process. As a result, the company installed 21 new machines on seven sites. This resulted in a 26% overall reduction in hardware and a projected cost saving of £35,000 per year.

Printing on land and at sea

The Toshiba Tec team started their work with the National Museum by conducting a discovery audit on the museum’s main sites and by holding a meeting with the museum’s IT department where the overall IT architecture was discussed and analysed. Subsequently, the Toshiba Tec team devised a tailored solution and an installation plan to ensure that all sites, whether on land or at sea, would achieve the operational goals of the National Museum.

The solution devised by the Toshiba Tec team included 10 A3 colour multifunction printers (MFPs) and 11 A4 colour MFPs. The machines are used for a wide variety of tasks, including back office administrative operations, till reporting, ticketing and the printing of educational materials, brochures, leaflets and posters.

A key benefit of the new harmonised printer fleet is that it has made it possible for the National Museum to move from 4 virtual print queues to a single queue, which greatly improves printing efficiency. Other important benefits include faster printing and a much more friendly user interface.

“In the past we had four different suppliers for our printing facilities, which wasn’t a very efficient or effective way to operate,” explained Phil George, Head of IT for the National Museum.

We wanted to work with a single trusted supplier that would provide customised solutions to meet the needs of each of our departments, which can be very diverse. For instance, one of the MFPs is located on board HMS Warrior and another on board HMS Caroline, while others are used for high volume e-ticketing and brochure printing at reception. Toshiba Tec showed that it could meet all of these requirements, while saving us thousands of pounds a year. Phil George, Head of IT for The National Museum of the Royal Navy

The Toshiba Tec team took only a little over two weeks to remove the old printer fleet and install the new equipment, adopting a phased programme of work they had developed in close cooperation with the museum to ensure that disruption would be minimised.

“We used the same service technicians on all of the museum’s sites to maintain continuity and to ensure that we delivered efficient streamlined deployment,” said Manuela Cosentino, Sales Manager at Toshiba Tec. “And because we were working on seven very different sites – including a naval base, museums, and ships – we had to devise a very detailed deployment schedule that would make due allowance for the removal of the old machines before we installed the replacements.”

The new printer fleet is on target to reduce the National Museum’s printing costs by at least £35,000 per year, mainly due to Toshiba Tec’s very competitive cost-per-copy pricing. Each museum site benefits from the reliability, efficiency and high print quality provided by the new machines, which are remotely monitored and is supported by Toshiba Tec’s dedicated help desk and the company’s 150-strong network of directly employed engineers across the UK.

The new printers are complemented by PaperCut print management software, which allows users to easily manage their print assets, collect usage data by location and device, identify inefficiencies and implement cost recovery and allocation strategies to maximise system productivity and return on investment. In addition, all of the museum’s sites now have access to pull-printing, which allows users to collect their jobs from any convenient printer rather than being tied to a single machine.

As part of its contract with Toshiba Tec, the National Museum’s managed print service will be governed by a uniform set of service level agreements (SLAs) which will be carefully monitored and reported on at regular intervals. This will help to ensure a streamlined managed print service and uniform user experience across the board, as well as giving the museum’s team a greater visibility of its printing operations and comprehensive control of its print estate.

“Our goal was to enhance workflows and improve information management for the museum staff across all seven National Museum sites,” recalls Manuela Cosentino. “We wanted to radically improve the user experience whilst at the same time reducing the burdens on the museum’s procurement and IT departments. We achieved all of this and more by working closely with the museum’s IT department and by carefully aligning our know-how and technical capabilities with the museum’s targets.”

One of these targets was to support the National Museum’s environmental policies, which Toshiba Tec was able to do thanks to its carbon offsetting scheme. This allows for the investment in projects that save the emission of, or absorb, an equivalent amount of CO2 to that of any of Toshiba’s print devices CO2 footprint. Through this process, the products effectively become carbon neutral, which means that they have no detrimental effect on the environment.

Toshiba Tec’s partnership with the National Museum of the Royal Navy reflects a longstanding commitment to devising and delivering efficient, environmentally-sound document and data management solutions. Saving resources whilst providing efficient user-friendly equipment is the foundation of Toshiba Tec’s philosophy, and this philosophy has proved its value for the National Museum by delivering exceptional cost savings on all seven sites.